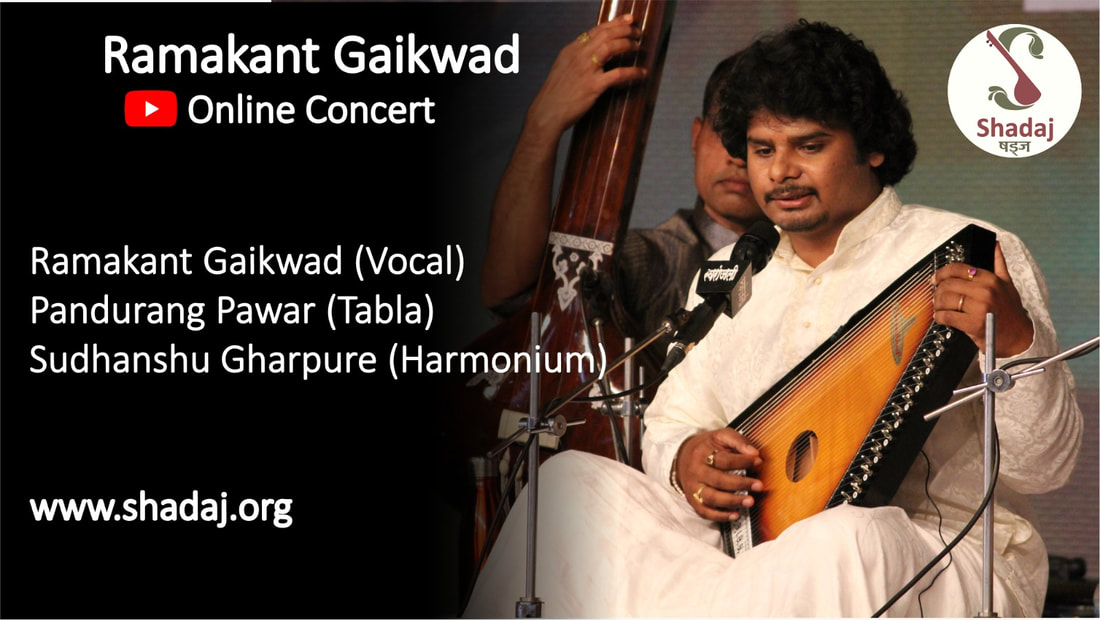 Ramakant Gaikwad
Ramakant Gaikwad is a young and promising rising star on the horizon of Indian Classical Vocal Music. He started taking lessons at very tender age of 4 from his father Pt. Suryakant Gaikwad, his mother Mrs.Sangita Gaikwad & Dr.Satish Kaushik (disciple of Late Pt.Sadashivrao Jadhav of Kirana Gharana). He also received guidance from Padmashree Pt. Jagadish Prasad (Disciple of Ustad Bade Ghulam Ali Khan). Currently he is learning from the great maestro Pt.Nayan Ghosh, following a Kirana & Patiyala style. Ramakant started performing on the stage at a very tender age of 6. His natural talent and his musical sense brought appreciation from the common listeners as well as the connoisseurs of music.

Pandurang Pawar
Pandurang is a Tabla player who has a very unique combination of many Gharanas like Delhi, Farukhabad, Ajrada, Lucknow, and Punjab. He recieved his "Taalim" from Shri Ramdasji Bhoyar. He started learning Tabla at the tender age of 6. Since then he has been perfecting the technique of the art of playing tabla and practicing with rigour to master the instrument.