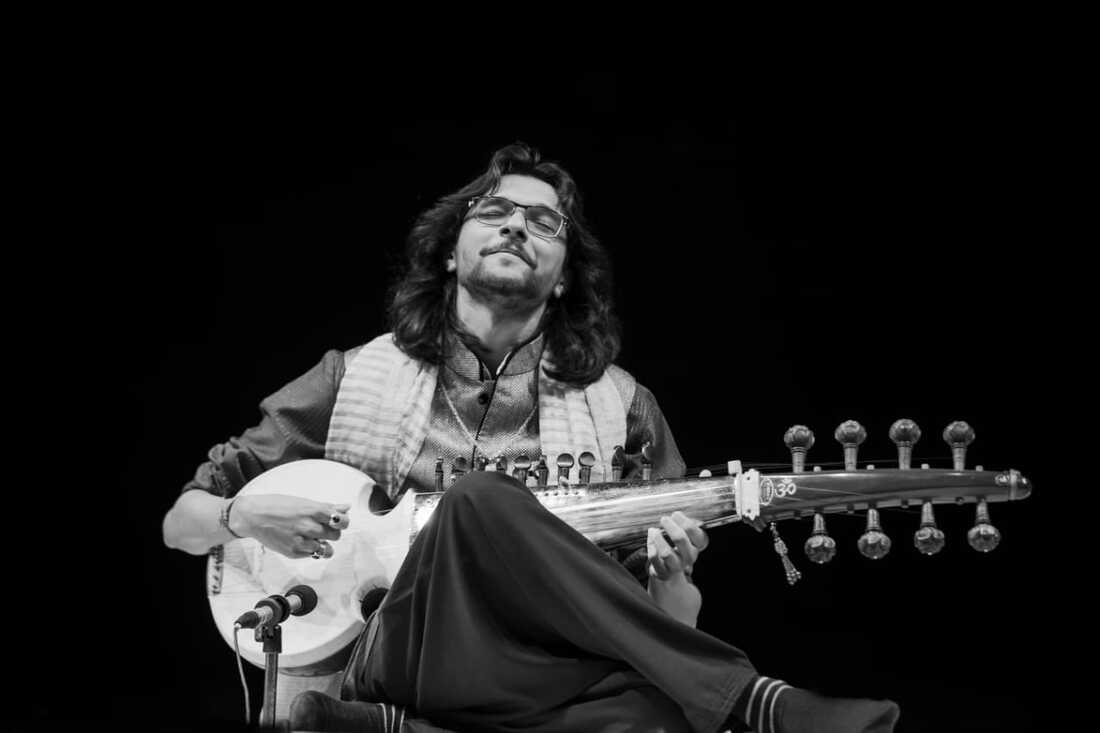 How to get access to the concert stream URL?

Artists :
Abhishek Borkar, a young and versatile musician, was drawn to the sound of the sarod from a very early age. Born into a musically rich environment, he initially underwent training in vocal and tabla, at age 4, before anchoring himself on the sarod, under the tutelage of his father and Guru Pt. Shekhar Borkar, under the Maihar Senia Gharana.
Rigorous and intensive training followed. At the age of ten, he presented his first concert for which young Abhishek was lauded for his erudite performance by many connoisseurs of music. Many accolades and awards followed. He was awarded a National Talent scholarship instituted by the C.C.R.T (Government of India) and was subsequently specially invited to participate in many of their camps for outstanding young scholars. He won many music competitions in and around Maharashtra.
Following the footsteps of his father, today, Abhishek's renditions are characterized by a unique blend of the sarod, sitar, sarangi and vocal styles of Hindustani Music. His natural instinct for aesthetic music coupled with his incredible control over sur and laya have enthralled audiences in various parts of India. The melody in Abhishek's music exhibits the influence of his idols, Ustad Allauddin Khan, Ustad Ali Akbar Khan and of course his father, Pt. Shekhar Borkar and the intricate layakari, the guidance of Pt. Shashi Bellare.

Satyajit Talwalkar: Born in a family following a rich heritage in music, the son and disciple of Great Guru
Padmashree Taalyogi Pt. Sureshji  Talwalkar and renowned Indian Classical Vocalist Vidushi Smt. Padma Talwalkar, Satyajit was exposed to Hindustani classical music at a very tender age of 4. He first played on stage at the age of 9 and has never looked back since then. His mere methodical approach while playing the tabla and immense respect towards the art of classical music, shows a very sound upbringing that reflects a perfect blend of tradition, class and technique in his performing style.
Be it a solo concert or accompanying stalwarts like Ust. Amjad Ali Khan, Pt. Hariprasad Chaurasia, Pt. Shivkumar
Sharma, Pt. Jasraj, and the list goes on, Satyajit has always garnered applaud for his superlative sense and display of tabla playing, corroborating his passion with sincerety, merit and grace. Satyajit has been bestowed upon with some of the very prestigious awards like the Bharatratna Ustad Bismillah Khan Yuva Puraskar by the Sangeet Natak Academy and the Aditya Birla Kala Kiran Puraskar to name a few.