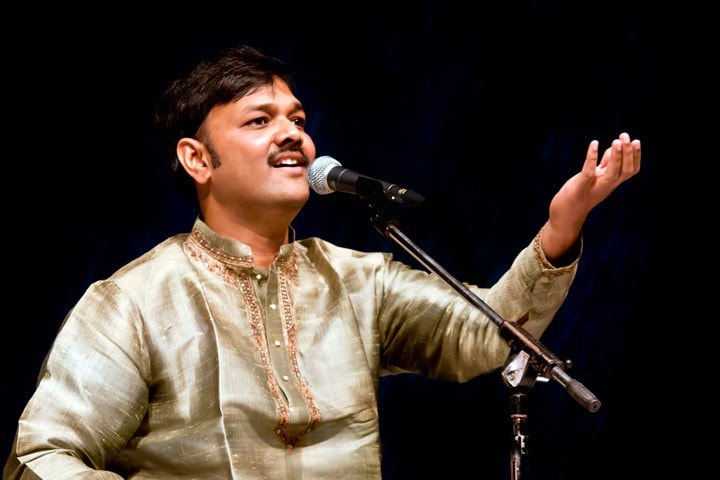 Sanjeev Abhyankar,  maestro from the Mewati Gharana, is an artist of international acclaim in the field of Hindustani Classical and Devotional . A child prodigy, Sanjeev was initiated into by his mother Dr Shobha Abhyankar and Pandit Ganagadhar Pimpalkhare. Thereafter, Sanjeev became a prime disciple of Pandit Jasraj. Sanjeev has performed at all major platforms such as Sawai Gandharva Sangeet Samaroh, Harvallabh Samaroh, ITC SRA Sangeet Sammelan and Doverlane Conference to name a few. Sanjeev has performed all over India and abroad and recorded several albums with reputed companies.  Sanjeev is a recipient of many many prestigious awards such as Pandit Kumar Gandharva National Award and President's award from the All India Radio in 1990. He won the coveted National Award as the best male playback singer for the Hindi film 'Godmother'.